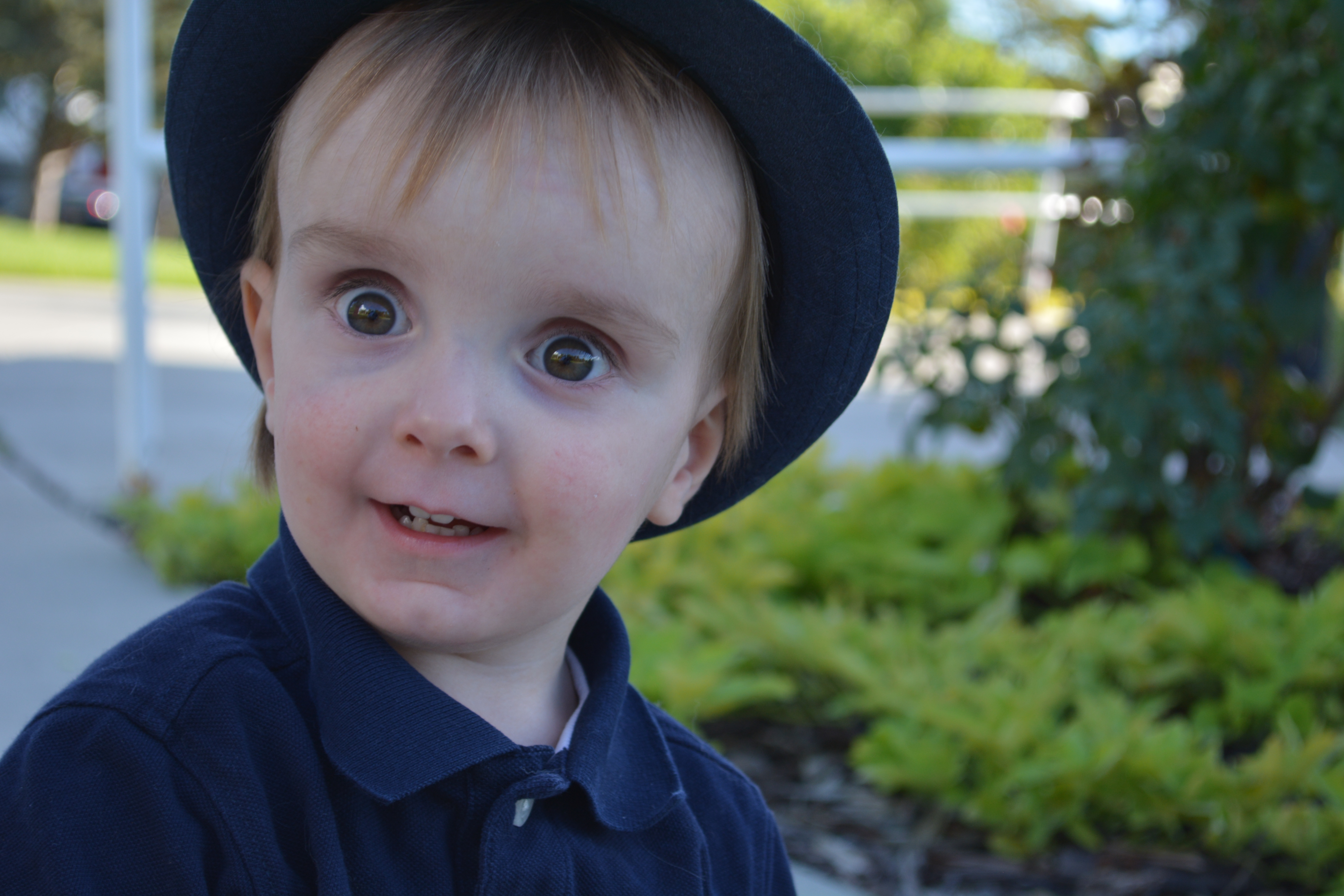 Ask any parent how they would describe parenting in a couple of words. Some of the responses may be joy, angst, concern, protection, and amusement. But, the most important answer that stands out among the others is often unconditional love. Having a child with a life-threatening condition adds an incredible amount of concern and devotion to the parenting journey. When these new challenges are discovered, one’s whole life can change in a moment’s notice, now revolving around coping with their child’s life-threatening condition. Parents of these children are often very dedicated to making sure their child is protected and out of danger at all times.

Around 2 years old, Sarah and Nate became more concerned about the significant bruising all over their son, Andrew’s, body. They had noticed the bruising even when Andrew was a couple weeks old, and had already been closely monitoring Andrew’s health since birth, as he was born with clubbed feet. Andrew’s eyes were also very large, and the doctor was concerned that his eyelids were not closing completely when he was sleeping. They talked with their pediatrician, who initiated a series of medical visits to determine the cause of the bruising.

They began by taking Andrew to a hematologist to look for causes of the bruising, but when his blood work came out normal their pediatrician suspected a type of Ehlers-Danlos Syndrome (EDS) and referred them to a geneticist. They were disappointed when they were placed on a two year waiting list to be seen. When they were at another appointment at Shriner’s hospital for a routine check-up for his clubbed feet two months later, they told the doctors what was going on and the doctors recommended taking an echocardiogram in the meantime to get a baseline, just in case. They were promptly scheduled for an echo at Primary Children’s Medical Center.

Unfortunately, the echo of Andrew’s heart was abnormal; they found an enlarged aortic root. This diagnosis got their family fast-tracked to see a genetic cardiologist who would soon test Andrew for Vascular Ehlers-Danlos Syndrome, or VEDS, a genetic condition which results in weak or insufficient collagen III throughout the body. They received Andrew’s positive test results a few weeks later.

When the family found out about his diagnosis, Sarah started to think about all of the possibilities that were now off the table for Andrew. She was upset about all of the sports and physical activities that Andrew would not be able to participate in with a diagnosis of VEDS. Meanwhile, Nate was worried about “making sure Sarah kept her sanity.” Nate wanted to focus on what they could do for Andrew going forward. Nate tried to remind Sarah that “playing sports was likely never going to be of interest to Andrew anyway, because we are a ‘house of nerds!’” Although this lifted Sarah’s spirit’s for the moment, she was devastated because she felt this diagnosis took so many opportunities away from her baby; the sky was no longer the limit.

As time went on, Sarah and Nate still noticed the bruises Andrew would get running around from just being a kid. Nate would sometimes joke to Andrew, “Oh boy, you look like a bruised peach at the store.” Andrew would laugh and shake it off. “Although it was a joke, it was also a reminder to me that we really had to manage the activities Andrew could participate in, to minimize the risk of being injured,” said Nate.

Andrew has been diagnosed with VEDS for about four and a half years now. At the beginning of their family’s journey they felt really alone, but then they got connected with the community of Facebook about 6 months later. “When I first connected with the community on Facebook about 6 months after Andrew’s diagnosis, it was initially like grieving the diagnosis all over again,” Sarah said. She saw so many others in the group dealing with serious complications like arterial dissections, ruptures, and bowel perforations. But soon the community became the most positive thing to the Jeffs family when it came to Andrew’s diagnosis. From time to time their family will have video calls with different people in the VEDS community that they have developed special relationships with over the years. “The connection with the community is something that really allows us to keep moving forward” said Sarah and Nate.

Most days, Andrew is okay, but now that he is in elementary school, it’s hard to see the other kids doing things he can’t such as jumping on trampolines and hanging from monkey bars on the playground. “Now that he is 6, he is starting to realize his limitations more than he did when he was little, Sarah says, “and sometimes gets very angry that he can’t do things other kids can do.” When he gets frustrated Sarah reminds him that it’s okay to be angry, and they talk about it and think about what he can do to make himself feel better. For example, recently he had to avoid playing outside with the other kids because of the risks it could create for him if he got COVID-19. Instead, Sarah and Nate decided to have a movie night with Andrew and grab milkshakes. They had so much fun that Andrew’s older brother who was playing outside heard about Andrew’s night with Mom and Dad, and wished he had stayed in with them instead!

Knowing about Andrew’s condition earlier in his life has been a huge help to Sarah and Nate, both emotionally and physically. Knowing about Andrew’s diagnosis earlier on has also given their family peace of mind when something happens because they know the underlying cause and are prepared for whatever comes their way. Andrew’s friends and family are also more mindful of the condition, which allows Andrew to feel more comfortable in his own skin.

Sarah and Nate also feel the early diagnosis helps Andrew become a better advocate for himself and create a careful mentality at a younger age, and his sense of what he should and shouldn’t do continues to evolve as he gets older. The Jeffs family has never hid Andrew’s condition from him, but Sarah said even if they didn’t tell him he would have known. When he was about four years old he began to tell his friends, “Be careful with me! I am fragile.” Andrew struggles because he knows he is different, yet he continues to remind himself that if there are things he can’t participate in, he will find something else to do that will make him happy and keep him out of danger.

Another thing that keeps the Jeffs family inspired is the increase in support and research every year. Sarah has been involved with a research group, the VEDS Collaborative, for a couple of years, and is now also on the Steering Committee for The VEDS Movement, a new division of The Marfan Foundation driving support and change for VEDS forward. “It’s exciting to be a part of these groups and see so much research on the horizon,” Sarah says.

Today, Andrew is a young boy who engages in many activities that many other 6-year-old boys would enjoy. He plays video games, LEGO’s, and loves to play pretend with his older sister. Andrew enjoys sledding every winter, but does so with an accompanied adult and by eliminating trails with bumps on it. Although Sarah recognizes that the amount of support Andrew needs now will only increase with time, it comforts her to know that he isn’t alone and that there are many others like him. She hopes that these relationships will continue to cultivate and strengthen with time, and that he’ll be able to use these friendships when he really needs them later on in life.