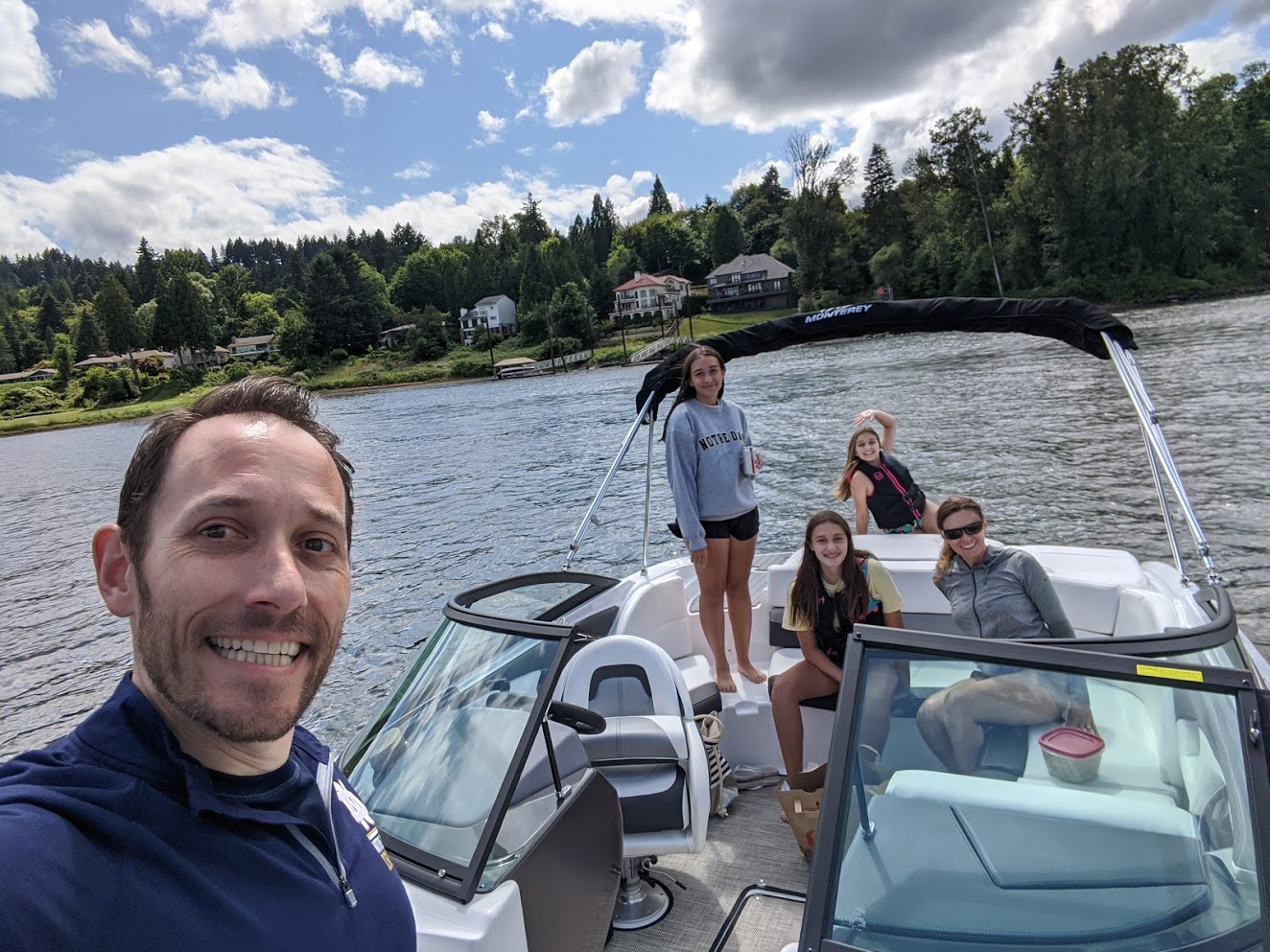 Dominick Corso was diagnosed earlier this year with Vascular Ehlers-Danlos Syndrome (VEDS), and quickly became involved in the community through virtual support groups and by engaging with the online community on Facebook.

Just a few weeks ago, Dominick experienced an emergency. While getting ready for a day on a boat with his family, he started feeling pain and discomfort in his abdomen. He tried to tell himself it was nothing, but after a while, the pain kept increasing until it was severe and difficult for him to disregard it. It became difficult for him to rest or lie down. Knowing he is at risk for spontaneous arterial events and bowel perforations, he headed to the emergency room (ER).

Members of the VEDS community had coached him before on what to expect at the ER, and as his first emergency after knowing his underlying condition of VEDS, he wanted to share what he calls his “successful” ER experience. He calls this successful, because he was on the table for a CTA within 30 minutes of arrival.

Here is what Dominick had to say:

“I told them right away upon entering the ER, ‘Hello. I’m currently having a medical emergency. I have a Marfan-like condition that makes me prone to spontaneous aortic dissections and aneurysms, as well as risk of rupture of hollow organs and intestines. I am currently having…..severe abdominal pain on both sides; I have sharp stabbing pains in both my shoulders especially when I lay down; and I am having some trouble breathing.

I am currently working with and primarily aligned with a vascular surgeon at the University of Washington, Dr. Shalhub. I’ve been told my goal for this visit should be to get imaging done ASAP. She can consult via phone OR I can call on your behalf….whatever is better for you. Can I please sit down? I cannot lay down. But I need to sit down, please.’

I was given a wheelchair almost immediately, and was wheeled back to a room within 2 minutes.

Once I was in a room with the nurse and my wife, Maggie, I repeated the information I had given the check-in desk.

When the ER doctor came in, he said he understood the underlying diagnosis of VEDS and wanted to do a CTA (Computed Tomographic Angiography), but we initially objected to the CTA because I confused the CTA with the invasive arteriography procedure that I learned is more dangerous for patients with VEDS. This prompted the doctor to contact Dr. Shalhub pretty quickly. After her phone consultation, the doctor ordered the CTA, which showed I was bleeding internally, but the origin of the bleeding was indeterminable from the scan.

The on-call Interventional Radiologist (IR) was paged and quickly recommended the invasive arteriography to determine the origin of the bleed and repair it. He insisted that because I was bleeding internally, something had to be done quickly.

Nervous about the arteriography with VEDS, I told him, “OK. I understand, but we are intent on proceeding with any procedure ONLY AFTER we consult with Dr. Shalhub.”

I then requested he call Dr. Shalhub with us present, as I knew this would make me more comfortable. He had no objection. Dr. Shalhub explained the option of ‘conservative management’- observing and watching hemoglobin and other indicators such as my heart rate, blood pressure, and mentation first to monitor how I was doing- as opposed to immediately proceeding with the invasive option.

After we all agreed to proceed conservatively with bed rest and observation in the intensive care unit, and planned repeat imaging, I finally agreed to take some pain medicine. Maggie felt it was helpful I did not take pain medicine prior to this, as we think it helped me be lucid enough to describe what the pain I was experiencing.

Overall, I really think I said it just like that, with a lot of confidence about my diagnosis but without arrogance. I want to say I am proud of my self-advocacy here, but I give a lot of credit to the support group calls and the VEDS community for coaching me in advance.”

Luckily, Dominick did well with the conservative management of the bleed, and began to heal without needing invasive intervention. Knowing this is not the case with everyone, he is extremely grateful for this. They did not find where the bleed originated, but after doing well conservatively, the doctors agreed it was the best course of action for his situation. He was discharged from the hospital after a couple of days, and is now doing well recovering gently at home.

And in case you missed it, The VEDS Movement now has a VEDS Emergency Preparedness Kit free for download, which includes a letter to the emergency department, a fact sheet for paramedics and EMTs, and a VEDS Emergency Alert wallet card to help you be prepared for an emergency situation.