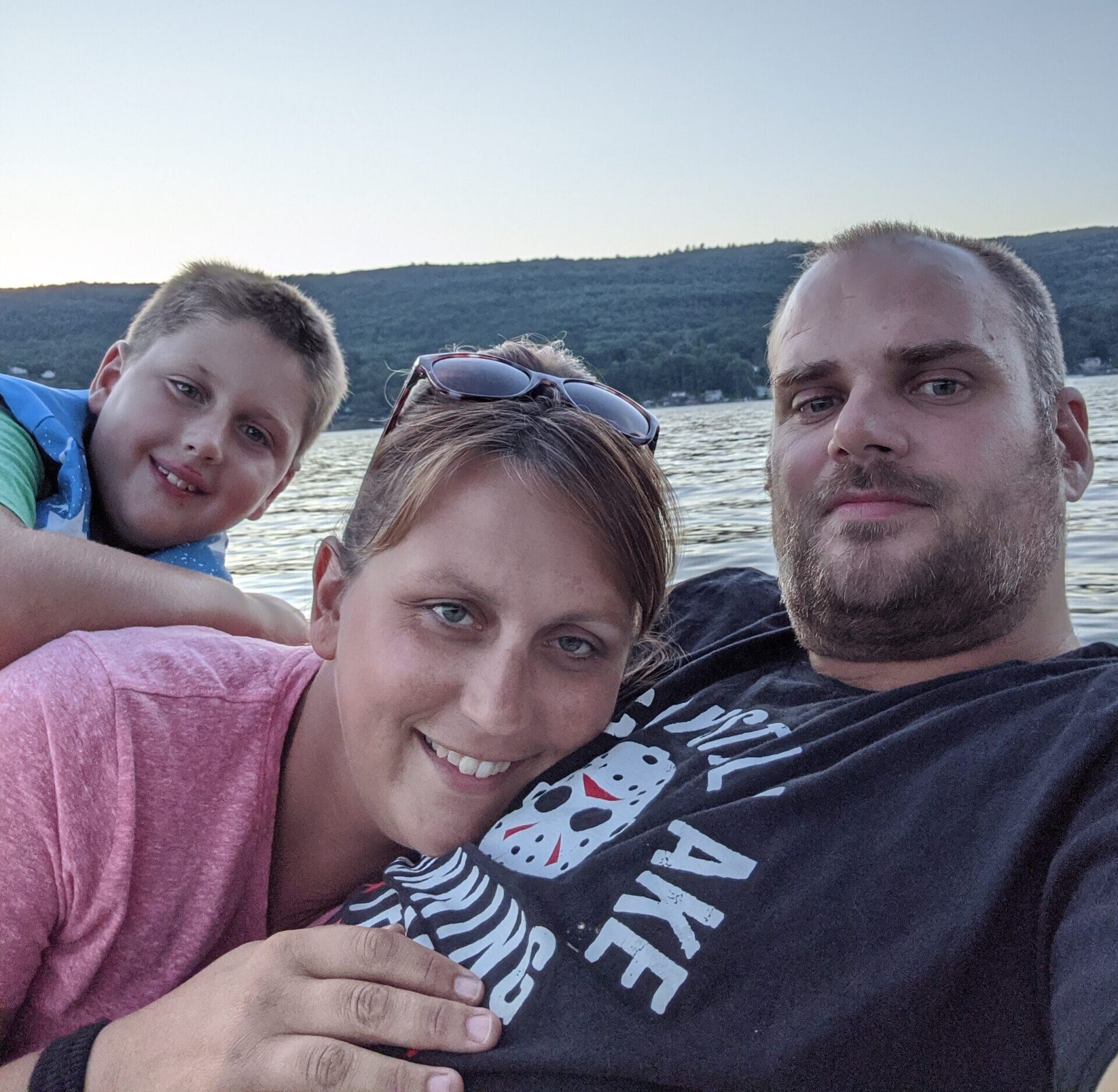 My name is Dan Sperry. I live in northern New Jersey. I have a beautiful wife named Melissa and an awesome son named DJ.

In September of 2019, I brought myself to the hospital with intense pain in the middle of my abdomen, which I assumed was food poisoning.  It turned out that I had a saccular Abdominal Aortic Aneurysm (AAA), as well as small bilateral iliac aneurysms.  At this time, I did not know that I had Vascular Ehlers-Danlos Syndrome (VEDS).

I spoke to my vascular surgeon and he suggested based on my age, my pain, and the fact that the AAA was saccular that we should operate and repair it.   After reviewing our options, my wife and I agreed to an endovascular repair.  During my surgery, which was supposed to take an hour and a half, the doctors learned just how fragile my arteries are.

After the repairs of my aorta and Iliac, the doctors could not get a pulse in my leg. They used a balloon to try to clean out the leg and every time they touched the side of my artery, it would damage it.  Nine hours later, they were finally able to repair everything, get my pulse back and get me out of the operating room.

A few days later, after I was out of the hospital, I got a very bad pain in my leg and it felt like there was a lot of pressure there. My toes started to tingle as if they were going to fall asleep.  I went back to the ER where they did an ultrasound and found an aneurysm in my leg.

I once again consulted with the vascular surgeon, and they decided to perform a coil embolization, which would essentially kill off that artery because it was so badly damaged from the first surgery.

After all of this I decided to go get genetic testing, which revealed that I have VEDS.

Now I use a technique that I learned from High Reliability Organization (HRO) training from work called STAR (Stop, Think, Act, Review).  If I get a pain, I Stop what I am doing.  I think about other pains I have had- was it brief? Is it a 1 or 10 on the pain scale? Do I have any other symptoms or issues? Have I eaten anything that may cause gas?  I Act if the pain is new, if it is a level 5 or greater, or if I am having a problem concentrating. In these cases, I will go to the ER. If not, I will wait a little bit to see if it gets better. After the pain is gone, I Review everything in my head again and make a mental note of what I did to learn more to prepare for next time.

Although my VEDS diagnosis has impacted me, the person that this diagnosis has impacted the most is my wife.  I feel that when I am gone, I am gone- there is nothing left for me to deal with.  She will still need to take care of everything she takes care of today without my help.  She is the one who must go to sleep every night not knowing what tomorrow may bring.  She is the one that is going to have to have a conversation with my son. Because of this, I feel it is important to understand and empathize with your partner.  This diagnosis impacts them just as much as you, the person diagnosed with VEDS.

I would be lying if I said this diagnosis has not changed me. I would also be lying if I said that I have completely changed my way of living.  VEDS or not, we never know when our expiration date is, and the longer I live with this diagnosis, the more I realize this. Since my surgery, I have had three scares that have been false alarms, but I have been in almost four car accidents caused by people who were texting and driving.

I was born with VEDS. I will always have VEDS. I am learning to live with VEDS.  Is it scary?  Yes.  However, is life in general scary?  Yes, sometimes more so.

Want to help The VEDS Movement raise awareness of Vascular Ehlers-Danlos Syndrome? Share your story with us here.