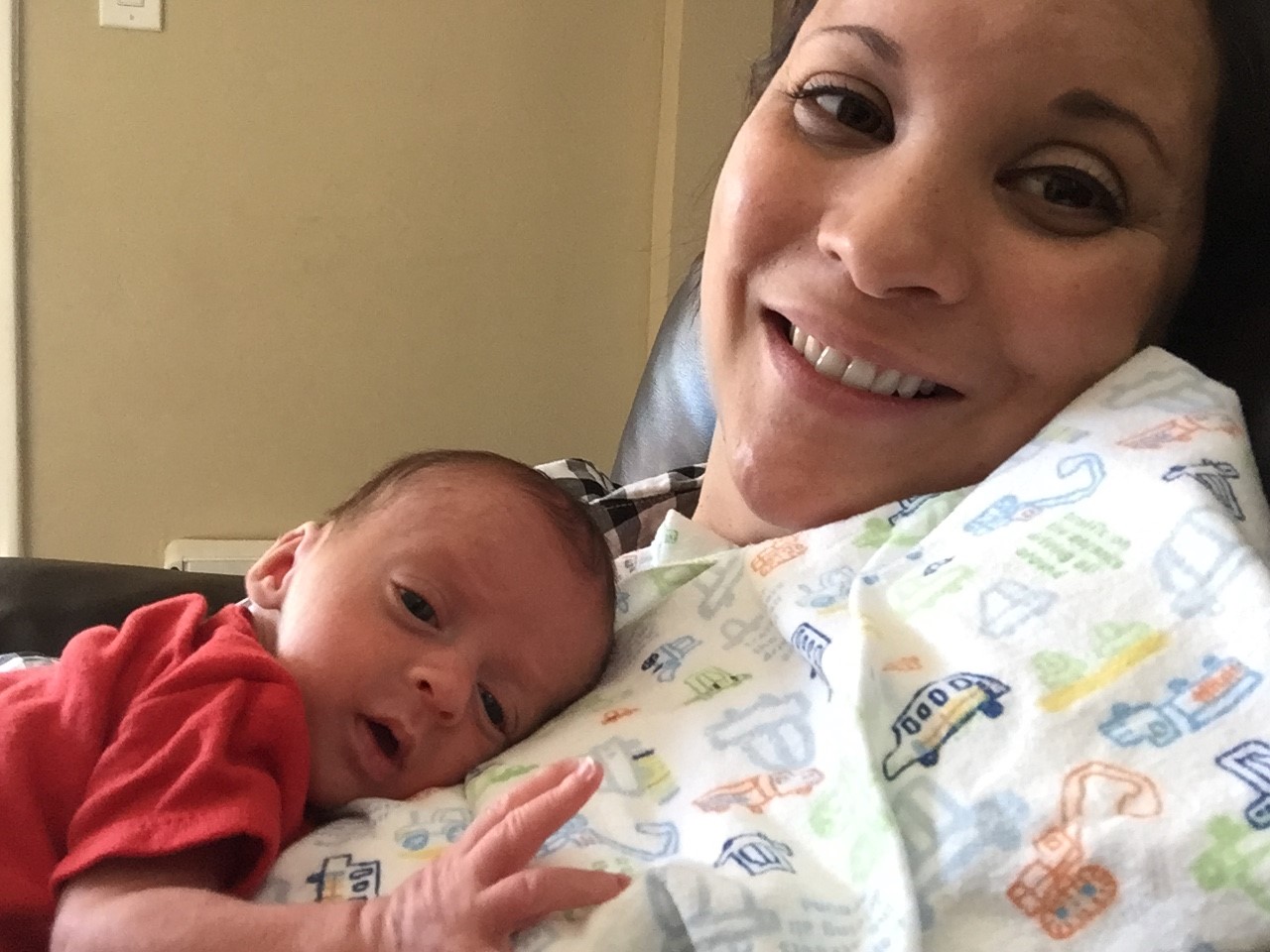 My story with Vascular Ehlers-Danlos Syndrome (VEDS) began in 2007, after a maxillary artery emergency and a thoracic aneurysm left me with more questions and no answers. For nine years, I sought out several medical consultations, spent countless hours doing my own research, and ultimately found a supportive physician and colleague who referred my daughter and me for genetic testing. In 2016, I finally received confirmation that I have VEDS, due to a spontaneous mutation on the COL3A1 gene. My 5-year-old daughter, Zoe, was confirmed to carry the same mutation shortly after I received my own diagnosis. As fate would have it, I found out I was pregnant with our son as well only a couple of weeks after my diagnosis.

My first pregnancy with my daughter, Zoe, was not considered too high risk because I didn’t know I had VEDS, but I did have a history of two aneurysms. I was told by my vascular surgeon, who followed and monitored my imaging of my aneurysms, that pregnancy would be safe if I had a c-section to avoid pushing and straining my arteries. I carried Zoe full term and had a c-section without any complications.

Things were drastically different for my pregnancy with our son, Izaak, after my diagnosis with VEDS. The pregnancy was considered high risk for both Izaak and myself. Due to my compromised collagen III, and the strain that pregnancy puts on the body, my team and I knew I was at risk for arterial and uterine rupture.

I was advised by perinatology that terminating the pregnancy could be considered to reduce the risk of my own mortality.

My husband and I had been trying to conceive for 3 years and had one miscarriage, so we could not fathom the idea of terminating the pregnancy, even with the risk.  While we had faith that both Izaak and I would be ok, the stress and anxiety were insurmountable at times. However, I was no stranger to advocating for my child, and myself, and I actively participated in my care plan. I even suggested that I have a hysterectomy as soon as Izaak was delivered.

I had my “dream team” in place and we delivered Izaak pre-maturely at 34 weeks. There were over 18 people in the delivery room, where I underwent an elective cesarean hysterectomy.  The neonatology team was there for Izaak and the perinatology, OB, and vascular surgery teams were on hand for me in case of an emergency.

Luckily, the only complication I had was with the incision. The midline (vertical) incision they made in my belly tore, so my scar is larger than they planned. The surgeon documented that the lining of my uterus was so thin that she could see Izaak’s hair color through it, confirming that the planned early c-section and hysterectomy were a good plan.

Both Izaak and I did very well post-partum. He was in the NICU for only a week, and he was just very small at just over 4 pounds, 6 ounces. However, we knew that there was a 50% chance that Izaak would inherit my faulty gene. Seeing the veteran NICU nurses struggle to insert his IVs, I had the gut feeling that he too had VEDS. Although it was no surprise when we received a phone call from the neonatologist who confirmed his test results, it was a heart-wrenching.

Living with the idea that my life expectancy could be shortened due to my condition is a hefty component to parenting, but living with the idea that my two children share the same potential is heartbreaking. It is “textbook” how I have gone through the stages of grief for my own diagnosis and health issues, as well as my children’s. With the acceptance of our health condition, we thrive from the balance in staying healthy and safe, but living the best lives we can.  Parenting in the presence of chronic health issues obviously has its challenges and it is exhausting, but there isn’t anything, not even in face of death, that can take away our unrelenting hope and tenacious fight for our health and our livelihood.